March is Women’s History Month. Celebrate with a good book! Check out our recommendations for interesting stories by and about women. Click on the link to place a hold on the item or call 708-366-7171. To get more recommendations from Library staff, go to fppl.org/getarec.

The Academy, Tony, and Emmy Award-winning actor and trailblazer tells her stunning story, looking back at her life and six-decade career. Place Hold 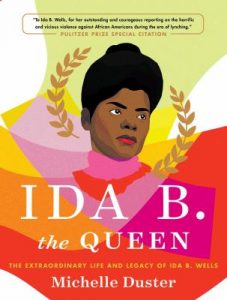 Written by her great-granddaughter, a historical portrait of the boundary-breaking civil rights pioneer covers Wells’ early years as a slave, her famous acts of resistance, and her achievements as a journalist and anti-lynching activist. Place hold. 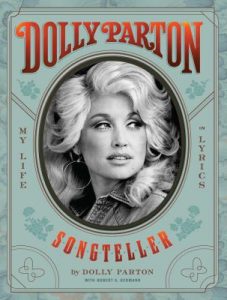 For the first time ever, legendary singer-songwriter Dolly Parton brings you behind the lyrics of 175 of her songs to reveal the personal stories and vibrant memories that have inspired sixty years of songwriting. Place hold.

Parton’s broader career — from singing on the porch of her family’s cabin in the Great Smoky Mountains to achieving stardom in Nashville, from “girl singer” managed by powerful men to leader of a self-made business and philanthropy empire — offers a springboard to examining the intersections of gender, class, and culture. Place hold.

Adrienne Rich was the female face of American poetry for decades. Motivated by personal revelations, Rich transformed herself from a traditional, Radcliffe-educated lyric poet and married mother of three sons into a path-breaking lesbian-feminist author of prose as well as poetry. Place hold.

In her groundbreaking and essential debut The Three Mothers, scholar Anna Malaika Tubbs celebrates Black motherhood by telling the story of the three women who raised and shaped some of America’s most pivotal heroes: Martin Luther King, Jr., Malcolm X, and James Baldwin. Place hold.

Tillet’s cultural criticism blends literary history, biography, and memoir in an exploration of Alice Walker’s National Book Award-winning novel that examines its influence against a backdrop of the civil rights encroachments of the early 1980s. Place hold.

A timely and impassioned exploration of how our society has commodified feminism and continues to systemically shut out women of color. Join the important conversation about race, empowerment, and inclusion in the United States with this powerful new feminist classic and rousing call for change. Place hold. 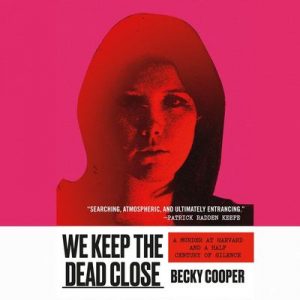 A Harvard student had had an affair with her professor, and the professor had murdered her in the Peabody Museum of Archaeology and Ethnology because she’d threatened to talk about the affair. Though the rumor proves false, the story that unfolds, one that Cooper will follow for ten years, is even more complex: a tale of gender inequality in academia, a ‘cowboy culture’ among empowered male elites, the silencing effect of institutions, and our compulsion to rewrite the stories of female victims. Place hold.

Audre Lorde is an unforgettable voice in twentieth-century literature, one of the first to center the experiences of black, queer women. Her incisive essays and passionate poetry-alive with sensuality, vulnerability, and rage-remain indelible contributions to intersectional feminism, queer theory, and critical race studies. Place hold.

An award-winning journalist’s intimate investigation of the true scope of domestic violence, revealing how the roots of America’s most pressing social crises are buried in abuse that happens behind closed doors. We call it domestic violence. Place hold.