Celebrate Black History Month by watching a great movie. Below is just a few of the many wonderful stories true and fictional that explore and celebrate Black lives and voices. Not only does the Library have a variety of DVDs, there are many streaming movies available on Hoopla Digital and Kanopy.

After tragedy forces young Prince T’Challa to assume Wakanda’s throne, he is faced with the ultimate test, putting the fate of his country and the entire world at risk. Pitted against his own family, the new king must rally his allies and release the full power of Black Panther to defeat his foes and embrace his future as an Avenger.

History was made in 1947, when Jackie Robinson broke the professional baseball race barrier to become the first African American MLB player of the modern era. 42 tells the life story of Robinson and his history-making signing with the Brooklyn Dodgers under the guidance of team executive Branch Rickey. Place Hold on Movie

The Hate U Give 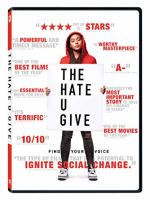 Starr Carter navigates the perilous waters between her poor, black neighborhood and her prestigious, mainly white private school. This all changes when she finds herself in the middle of racial activism after her best friend is shot by police officers, and she’s forced to make a decision. Place Hold on Movie

As the United States raced against Russia to put a man in space, NASA found untapped talent in a group of African-American female mathematicians that served as the brains behind one of the greatest operations in U.S. history. Their brilliance and desire to dream big, firmly cemented them in U.S. history as true American heroes. Place Hold on Movie

I Am Not Your Negro

A powerful true story follows young lawyer Bryan Stevenson and his history-making battle for justice. After graduating from Harvard, Bryan heads to Alabama to defend those wrongly condemned or who were not afforded proper representation. One of his first and most incendiary cases is that of Walter McMillian, a death-row inmate. Put Hold on Movie.

The story of Richard and Mildred Loving, an interracial couple, whose challenge of their anti-miscegenation arrest for their marriage in Virginia led to a legal battle that would end at the US Supreme Court. Put Hold on Movie.

Oscar-winner for Best Picture, Moonlight is a moving and transcendent look at three defining chapters in the life of Chiron, a young man growing up in Miami. His epic journey to adulthood, as a shy outsider dealing with difficult circumstances, is guided by support, empathy and love from the most unexpected places. Stream Movie. Place Hold on Movie.

Dr. Martin Luther King, Jr.’s historical struggle to secure voting rights for all people. A dangerous and terrifying campaign that culminated with an epic march from Selma to Montgomery, Alabama in 1964. Directed by Ava DuVerney. Put Movie on Hold.

Based on an incredible true story, SKIN follows Sandra Laing (Sophie Okonedo), a distinctly mixed-race South African woman born to white parents during the apartheid era. Despite her upbringing as a white girl, Sandra is eventually classified as ‘Coloured’ by the government and stripped of the rights with which the rest of her family is privileged. Sandra finds herself cut off from her past and living the hard life of a truly black woman in a society that seeks to ostracize her. Stream Movie.

If you need help placing a hold or using Kanopy, please contact the Library at 708-366-7171 or email askus@fppl.org.